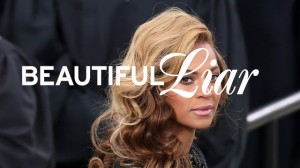 The U.S Marine Corps Band is snitching! They’re speaking names and giving side-eyes. Somebody is hella (an oldie but a goody) pissed that they didn’t get to play his/her instrument live. Either that or the conductor is mad Beyonce turned him into the mad hatter at the inaugural tea party.

By now I’m sure you know what I’m talking about – Beyonce Lip-Synced the National Anthem at President Obama’s Inaugural Ceremony. Scandalous! Disrespectful! Narcissistic! Well those were my thoughts to be completely honest. I am most certainly not a member of  The Hive (Beyonce’s fan club) so I am immune to her influence. Well, when the allegations were implied her mindless drones attacked in full force arguing that we could not handle the truth that is Beyonce’s jelly. Riiiiiggggghhhhhhtttt O_o. Then, when it was confirmed that she used a pre-record, the tune changed but was still in favor of their Honey Bee. I’m really done with ya’ll. There are too many things too get into and since I don’t really care THAT much, I’ll keep it brief…

Conclusion: Beyonce has a huge ego, and that bitch wouldn’t allow her to have an unscripted moment. Beyonce could not afford to have a band member miss a note. Period.

There is nothing left to be said on the matter. Sunday February 3rd is around the corner and the Queen Creole is already in New Orleans. People roll their eyes when I mention that Louisiana is the Voodoo capitol of America. Whatever though, she’s preparing a Gumbo for the American soul. She will slay us softly doing the hoodoo that she do, with her pelvic thrusts, hair swinging, and hip gyrations. Her Halftime Superbowl performance will be over-produced and glitzy just like her, and she will do her darndest to convince us that she did it all for us. Then we will be forced fed a self-made documentary of her on HBO later that month. Oh I bet it will be so insightful (sarcasm gag).

“She’s not my Beyonce” in my Etta James voice, she might be yours

ARE YOU NOT ENTERTAINED?….I most certainly am 🙂

Note: I am positive I will be attacked over this so let me make it clear that I do not know the woman who goes by the name of Beyonce Giselle Knowles-Carter. I am only referring to Beyonce  the Brand, that she sells to the masses. It is this image that I can’t stand. I find it to be a well crafted lie. That’s just my opinion concluded from simple observation and critical thinking.